Only 1 left in stock

These hand-painted resin Hindu figurines depict the elephant headed deity Ganesh. A very popular Hindu god, he is known as the remover of obstacles, deva of intellect and wisdom and as the patron of the Arts and Sciences.

Depictions of Ganesh are rich and complex compositions of symbolism. His elephant head symbolises the gaining of knowledge through listening and reflection. His four arms (themselves representative of the four ancient Veda texts) hold different auspicious items. Here, Ganesh is shown holding an axe in one hand to show his association with his father, Shiva. In the next, he is holding a length of rope, used as a trap for catching the things which encourage mindfulness. In the next, he holds a bowl of sweetmeats representing prosperity and well being. His last hand is in an open blessing mudra. At his feet we can see a mouse, his ‘vahana’ or mount. The mouse is usually interpreted as representing desire and Ganesh’s control over desire. 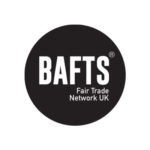 At Near & Fair we do not sell mass-produced factory items. Our items are created by skilled artisans and involve no exploitative labour. See our fair trade policy for further details.