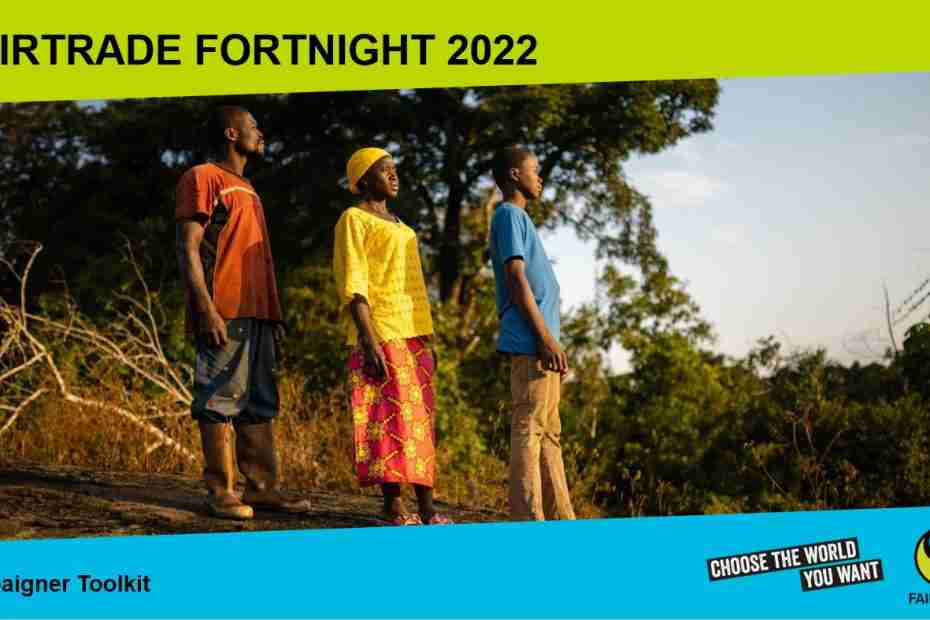 What is Fairtrade Fortnight?

Fairtrade Fortnight is an annual event that takes place throughout the UK during the last week of February and the first week of March. Organised by the Fairtrade Foundation, this year’s theme was “Choose the World You Want” and was centred around climate change. During Fairtrade Fortnight, focus is primarily on the farmers who grow the food we love, especially bananas, tea, coffee, and cocoa. Of course, it is these farmers who are at the forefront of the challenges presented by climate change, and during the Fortnight opportunities were ample for “meeting” such farmers online, hearing about their lives and the challenges they are being presented with, and being able to ask them questions. Many of these meetings were recorded and are available to view here along with more informational videos about Fairtrade.

Throughout the Fortnight, the British Association for Fair Trade Shops and Suppliers asked their members to showcase their favourite items according to a different theme each day, and social media was flooded with beautiful photos of fantastic products. The range of fair trade items available is nothing short of outstanding and gave us some great ideas for future purchases.

As a fair trade shop in Hull, we were pleased to be the first to hire one of the new pop-up stalls in Trinity Market Arcade, just a stone’s throw from our permanent retail unit. The pop-up was filled with photographs, posters and fliers, and free samples of fairtrade teabags and Divine dark chocolate were available along with sheets of fun stickers.

On the first Tuesday of the event, we took a sample of the fair trade items we stock to the Hull University Student’s Union where we were joined by our neighbour, R-evolution, former neighbour LW Plants and Dare To Bee, a stall selling locally produced honey and bee-themed jewellery. Meanwhile, free fairtrade tea and coffee was served to students, and the on-campus Spar had a dedicated display of stock carrying the Fairtrade mark.

Other events carried out across the city included quizzes, raffles, virtual and non-virtual coffee mornings, plus special displays in participating supermarkets and other stores. Many schools had lessons about fair trade and fair trade supporters who attended online business meetings had the opportunity to display a special fair trade backdrop.

All in all, we felt that during the Fortnight, fair trade was very well promoted across the UK, and very well received by those learning about it for the first time. As a BAFTS-registered shop, we have always been proud to involved with the fair trade community and feel optimistic about the future of the movement.

FRIEND OF BAFTS – FOR INDIVIDUALS AND NON TRADING GROUPS

The British Association for Fair Trade Shops and Suppliers (BAFTS) are keen to connect with the huge network of fair trade supporters and campaigning groups around the country and invite you to become a Friend of BAFTS. In exchange you’ll receive the BAFTS monthly newsletter, discounts from some of our shop members (including Near & Fair in Hull), and you’ll know you are supporting local fair trade shops and businesses, and helping promote the work of fair trade producers around the world.

You can apply as an individual or a non-trading group.

What benefits can Friends of BAFTS expect?

The fee for Friends of BAFTS membership is £20 per year payable by standing order. If you are interested in becoming a Friend of BAFTS, please email [email protected] to request a form.