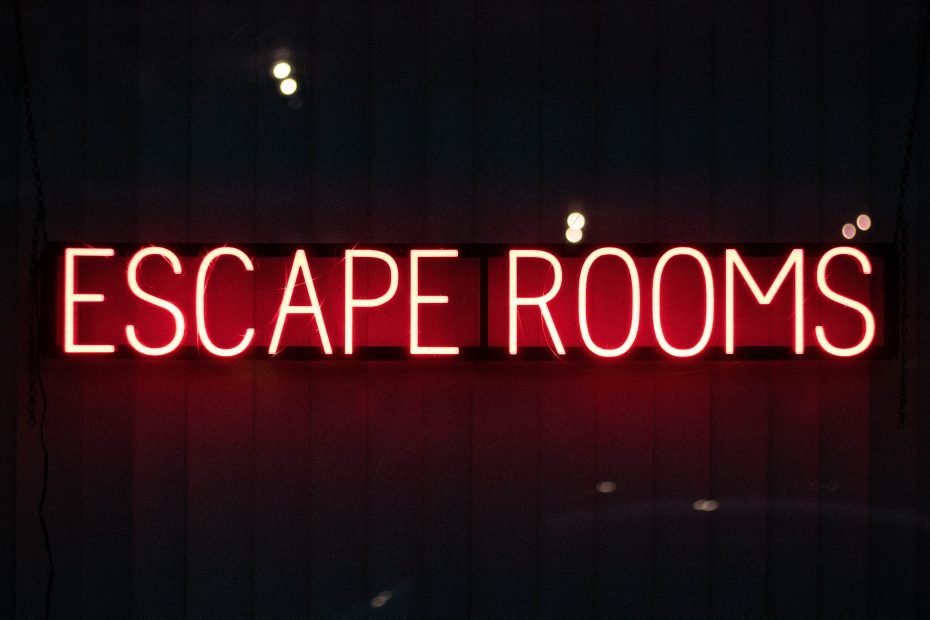 Our Close to Home theme gives me the opportunity to tell you what we’ve been doing recently and, when we eventually come out of Lockdown #3, perhaps a bit about what’s going on in our local area. Sometimes this is work-related, other times it has nothing at all to do with Near & Fair, and is about us personally. This post is the latter because with a tentative date for the end of the lockdown on the horizon I’ve been able to book in with our local Escape Rooms, and we’re all very excited about it.

For those readers who haven’t experienced Escape Rooms, they’re a kind of interactive game for 2-6 players where you are locked in a room and have to solve clues in order to “escape”. Every room is different and based around a theme with the room(s) kitted out to give an atmosphere of actually being in the situation for real. It’s great fun for all sorts of groups, whether that group is family, friends, or work colleagues.

Here in Hull we have 4 different escape room venues that I know of (if there are more, I need to know about them!)

The first venue we tried was Escape Hull, in Norwich House on Dock Street. It can be found just behind the BBC studios off Queen’s Gardens. With 6 different themed rooms to try, our first choice had to be “221B Baker Street” due to our teenage daughter being a fan of Sherlock Holmes. For this room, the website told us, we were enlisted by Moriarty, and our task was to break into Sherlock’s flat and retrieve an item of historic importance.

When we arrived at Norwich House we were greeted by a friendly facilitator, an enthusiastic guy who clearly loves his job. He talked us through the rules, the safety precautions including fire escape, etc., and answered all our questions. Then he locked us up!

We had 60 minutes to find our way out, but the truth is, I could have stayed in there all day, it was such a cosy setting. With armchairs, table, lots of books, violin, and everything else that comes to mind when you think of Sherlock Holmes, we were quite content in that little room.

Working together we found our first clue and managed to unravel the riddle. It was our first mini success and it was at that point I think we all decided this was our new “thing”!

Throughout the challenge we were being watched and listened to by the facilitator via CCTV. If we took too long over any of the clues, a small noise would alert us to a screen where a helpful hint would pop up. Each clue we found led to another, right up until we found the required item and made our escape. We went a little over our time, about 2 minutes if memory serves, but knowing this was our first ever Escape Room, and being able to see how close we were to the finish, the facilitator kindly allowed us that little bit of leeway.

A few weeks later we returned to Escape Hull to try our hand at “The Darker Side of Hull”, where we found ourselves on the nightshift at the Hull History Museum following the disappearance of our colleague. This was a room full of true stories about Hull’s dark history, things we hadn’t previously known despite us all living in Hull our whole lives. It was fascinating, a little spooky, and lots of fun.

We’re looking forward to returning to Escape Hull soon, first to try “The Cabin” which we’ve already booked in for, and also “Witchcraft and Wizardry”, “Taken”, and “Escape the Seven Seas”.

The second venue we tried was Escape Room Hull, located on the ground floor of Ferens House, 16-18 Anlaby Road (I had always thought that part of the road was Carr Lane). On arrival we were greeted by another friendly facilitator who also clearly enjoyed his job. We were taken through the usual safety precautions then split up and locked up! Richard was locked in one room in the dark on his own, and Katie and I were locked in a different room where our first job was to get Richard back. Thankfully we managed it, and could work on the next clues together. Like the previous venue, throughout our stay we were watched on the CCTV and given a little hint if we got stuck. It was a fun room, and I was struck by how suspicious we had all become of absolutely every object we saw. Everything was picked up, turned over, and examined as we tried to work out if it had a purpose. We completed this mission, making the required trade and thus keeping the boss happy, within our 60 minutes.

We’re looking forward to returning to Escape Room Hull soon to attempt Prison Break, The Bank Job and The Aviator’s Study where, this being Hull, the Aviator is our very own Amy Johnson.

We haven’t yet been to Enigma Escape Rooms but have eagerly booked into their Dracula’s Tomb for when they are able to reopen after the restrictions end. The venue is on the ground level of Princes Quay, a shopping centre built over the old Princes Dock where Koi and Mallards still amuse children of all ages to this day. According to Enigma Escape Rooms, “when digging the footings to build Princes Quay Shopping Centre … a vault was found. The greatest scholars of the day were brought in to uncover the meaning of what had been found. One name started to be mentioned by the scholars…….Dracula!” The website doesn’t state what our mission will be, but hey! It’s Dracula! What’s not to love?

The other rooms at Enigma Escape Rooms Hull are Escape the Chocolate Factory (would anyone actually want to escape a chocolate factory?) and Impact.

Take the Exit is another venue we have yet to try and with room names like Doll House, The Chapel, and Trials of Osiris, it’s certainly one we hope to visit in the near future.

An important feature of the Escape Rooms is that everything is within reach. You don’t need to be superfit, there is no need to climb onto furniture, no need to move anything heavy, and there is always an emergency exit should you need it. All the rooms we’ve done so far have had seats (important!), and you either take your belongings into the room with you, or at some venues you can leave them in a locker. Everything is safe, but some themes may not be suitable for children so it’s worth reading up about particular rooms before booking. Prices per person vary and go down the more people there are in your group. For our own group of 3 we pay in the region of £20 per person. This might sound a bit steep at first, but I would argue that it’s worth it. You are paying for the hire of the room, the time of the facilitator during your visit, the cleaning and preparation time, and the maintainance of the artefacts. What you get in return is an hour of intense fun, the opportunity to work with your group as a team, some great memories, and smiles that last all day.

We might not have done many Escape Rooms yet, but we are already hooked and would recommend them to anyone who wants to spend some quality time together having fun and making memories.

Last week’s post was Fragrance of the Month and I enthused about the Master of Maskers, Patchouli. Next week we will be in April (already!), hopefully preparing to re-open our little gift shop in Hull. Our blog topic that week will be Product of the Month and it just has to be one of our new products that I’ve been testing.

Take care of yourselves and each other. Hoping to see some of you soon.